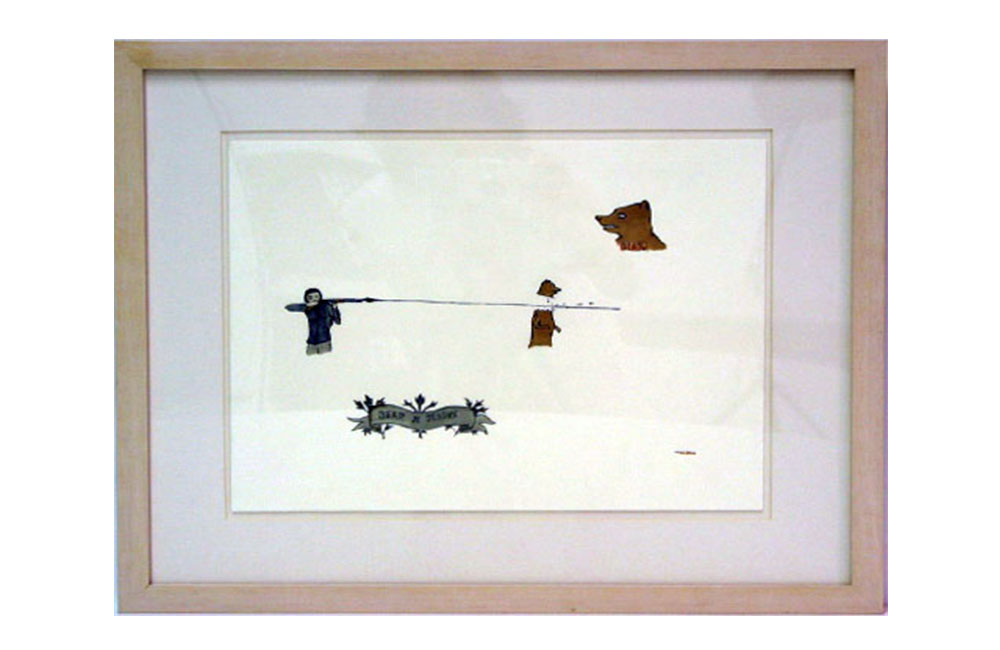 Marcel Dzama ( born 1974 in Winnipeg, Canada) is an artist based in New York. Dzama received his BFA from the University of Manitoba in 1997. In his works he uses characters drawn from popular culture and his own offbeat imagination. Humans and animals comically interact in surreal encounters. Each of Dzama’s drawing is a narrative fragment, suggesting that the unexpected has recently occurred. Viewers are free to draw their own conclusions.

Untitled (two figures with monkey) is part of a series of three drawings by Dzama.

[description:] white background with two men, one in a blue shirt and another in a red shirt. They are working in a white table that blends into the background. There is also a lamp on the table. Behind them there are three boxes.

Purchased with funds from the Janet and Robert Liebowitz Acquistions Fund