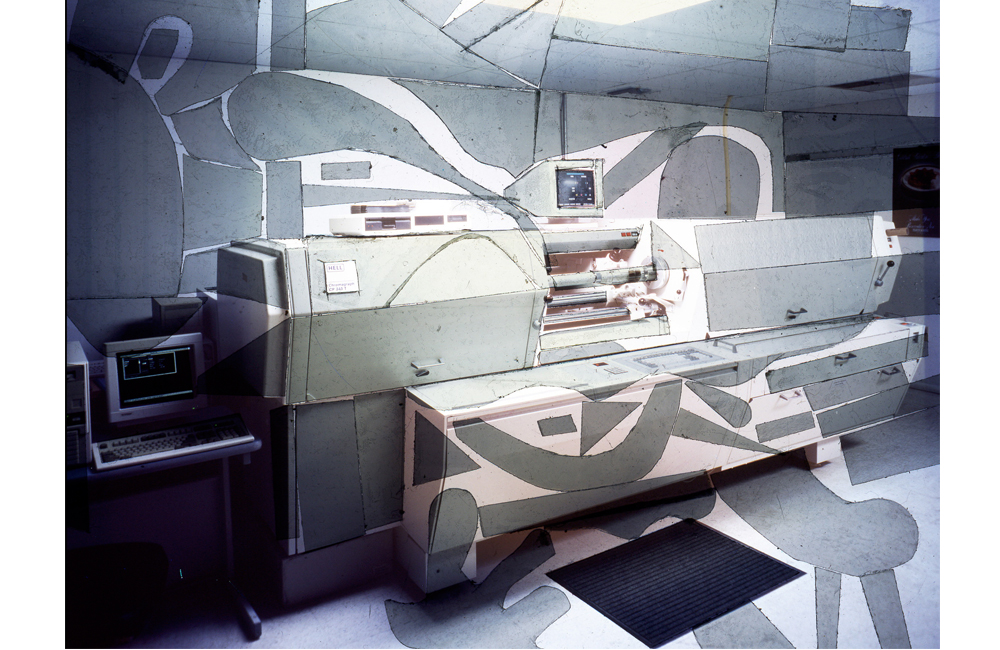 Kevin Arrow (born is an artist living and working in Miami, Florida. His formal schooling came from MDC, FIU, and the Art Institute of Philadelphia. Arrow’s work has been widely exhibited in South Florida since the mid 1980s. He has exhibited his work at the Museum of Contemporary Art, North Miami, the Miami Art Museum, the de la Cruz contemporary art space, The Art & Cultural Center of Hollywood, Bas Fisher Invitational, TwentyTwenty, The Girl’s Club, Ft. Lauderdale, The Far Side Gallery and Carol Jazzar Contemporary.

Untitled (hell) consists of an altered found transparency and a vintage projector salvaged from the side of the road. The found image inspired the artist because it depicted an old professional printer’s drum scanner by a company named Hell (which means bright in German). The contrasting meaning of the word in english and in german is made visual, as the dedpan image of an outmoded machine is energized through an animated collage abstraction.

[description:] photo transparency of an old professional printer’s drum scanner. The picture was cut up and put back together in a way that the printer is still legible, but there are holes and colors that don’t match around it.