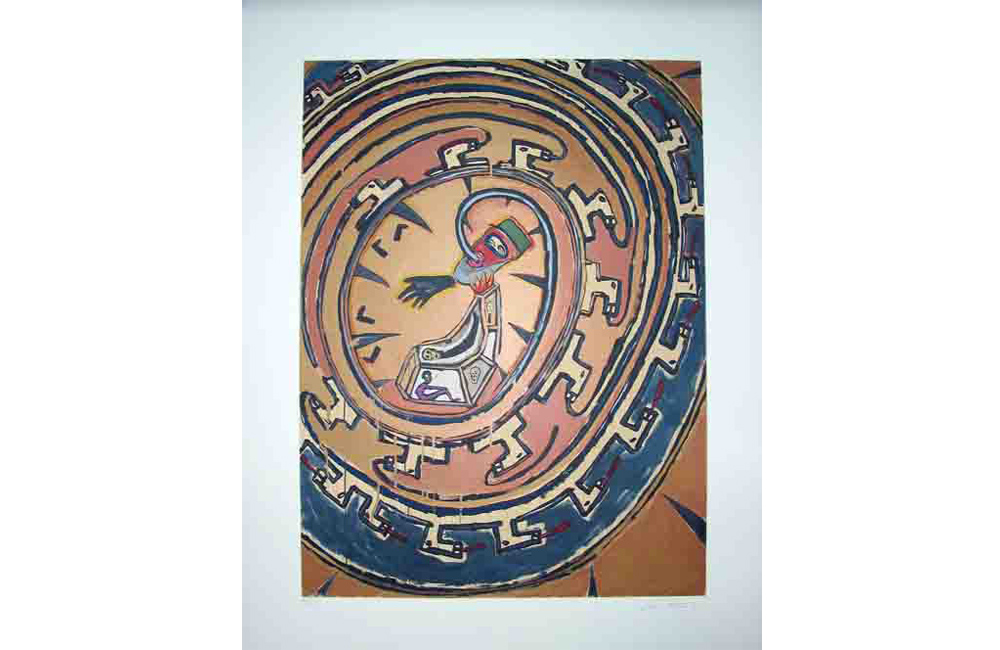 Untitled is a painting that reflects some of Antonio style in the 1990’s. During that period, Antonio was very focused and inspired by spirals. Many of his works from that time were created with a sense of movement and dynamic thanks to the fact that he used the spiral shape to organize his shapes and forms.

[description:] orange and blue are the most used colors. In the center of the piece is the main subject. The subject is sitting with his knees up and with other people inside boxed making up his body. The pain subject has a very long tongue that creates a spiral around him. Standing on top on the tongue, going around the spiral, are small animals that also have their tongue out.

Gift of Ruth and Richard Shack