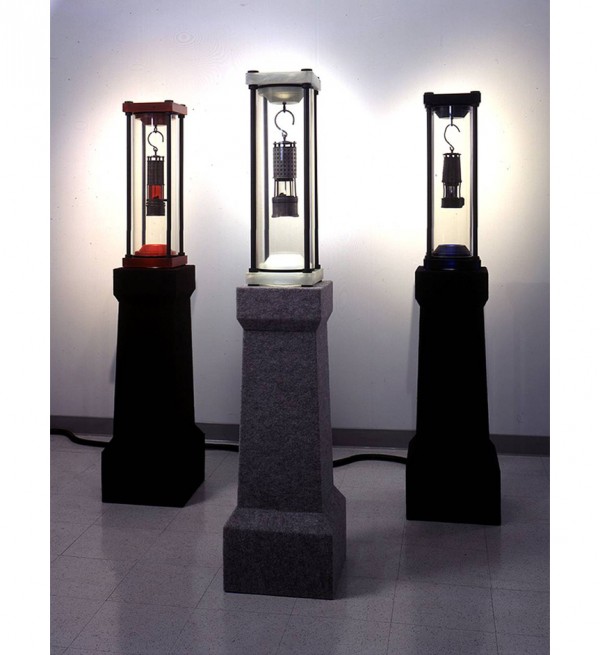 Collection of the Museum of Contemporary Art, North Miami
Gift of Sara and John Shlesinger

Julian LaVerdiere is a Production Designer and Artist, living in New York City.   LaVerdiere received a BFA from The Cooper Union School of Art in 1993 and a MFA from YALE Graduate School of Art, Sculpture Program in 1995. His first museum exhibition was in MOCA North Miami with the theme of “Time Trail”.

Imperial Lifecycle was one of the smaller sculptures exhibited that annotated the theme of empire, echoing the imagery of tribute. Three laurel wreaths, like those on the sarcophagus, framed with industrial felt. Colored red, white and blue—the hues shared by the Union Jack, Old Glory and France’s tricolore— the cast-urethane wreaths have the commercial anonymity of Allan McCollum’s 1980s “surrogates.”

[description:] Three main pieces. Each one of different color (red, white, and blue) framed with a black background inside a bigger black frame. Each piece has the same ring-like shape shape.

Gift of Carolee and Nathan Reiber