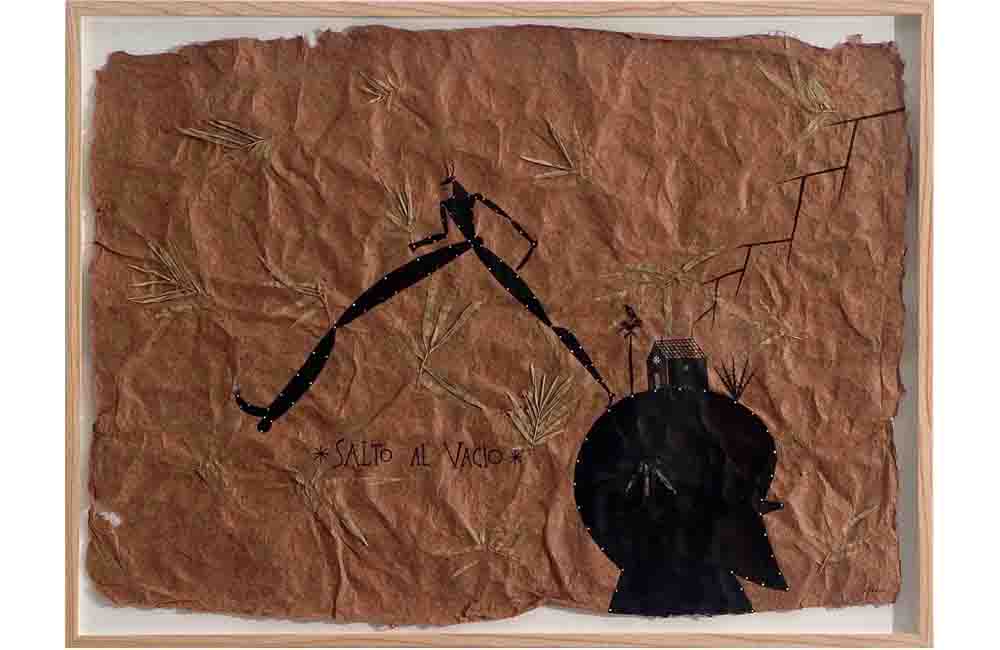 Jose Bedia (born 1959 in Havana, Cuba) is a latin artist based in Miami. Bedia has studied the ritual art of the world’s aboriginal cultures in the belief that there is a universal language of cosmos and existence. He is a priest of palo monte, an African religion practiced in Cuba. The eternal cycle of life and death, the sacred nature of plants and animals, and shamanistic transformation rituals are common themes in his work.

Salto al Vacio was a reference to a famous 1960 photograph of the french artist Yves Klein leaping off a building. Like Bedia, Klein considered himself a shaman who could straddle the physical and spiritual realms. There is an element of the sublime, as the artist faces the seemingly endless universe, and feels engulfed and overwhelmed by it.

Collection of the Museum of Contemporary Art, North Miami
Purchased with funds provided by Rosa and Carlos de la Cruz and Diane and Robert Moss