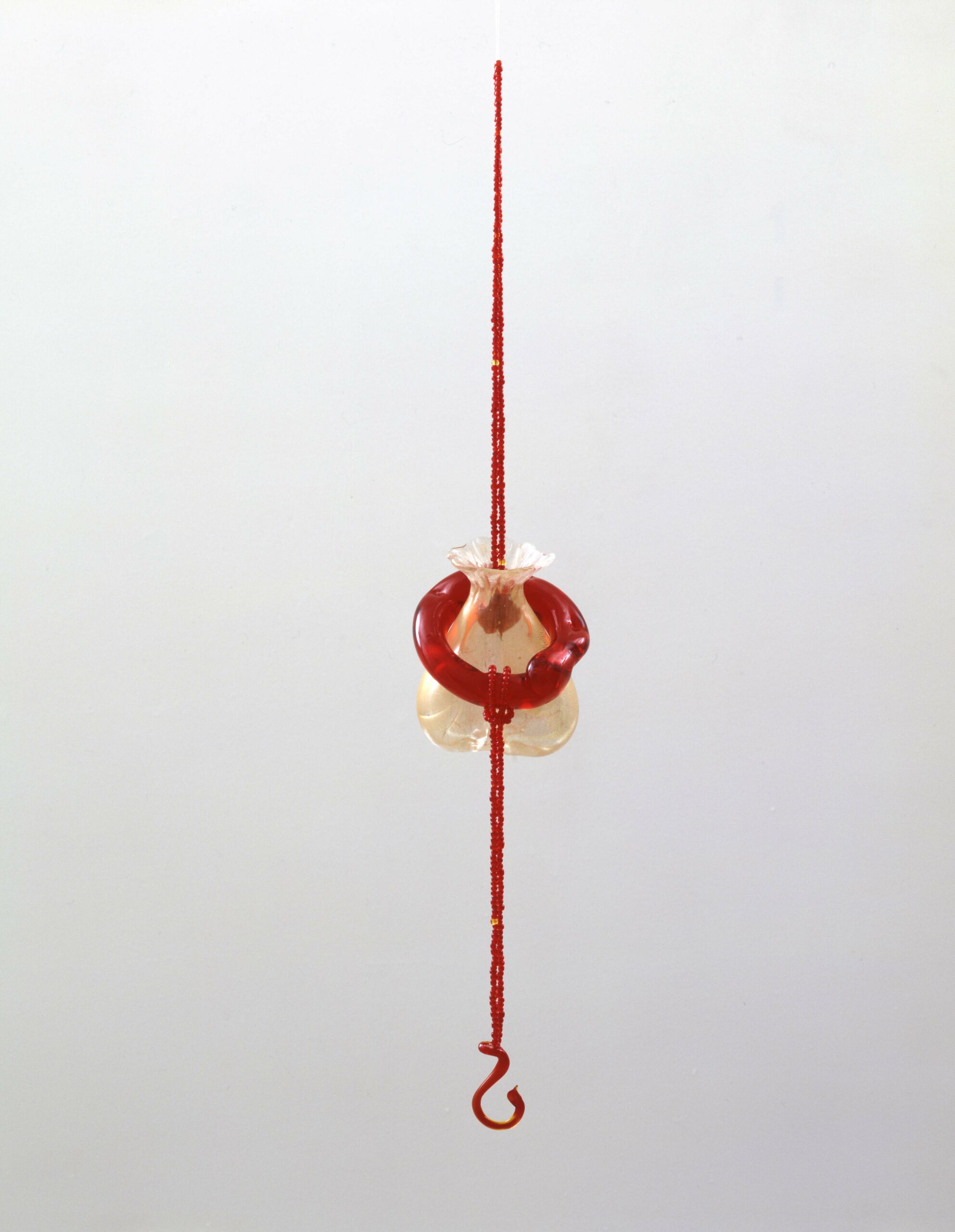 Othoniel collaborated with the renowned glassmakers of Murano, a Venetian island famous for its glass making since the thirteenth century, to create Le Coeur Reversé (The Upside Down Heart). The piece entered MOCA North Miami’s collection after its inclusion in Othoniel: Crystal Palace, which featured more than 50 pieces specially produced for the artist’s fantastical show in 2004. The majority of these glass works were conceived and developed by the artist during winters that he spent in Miami Beach from 2000 to 2002. Othoniel stated that he intended these objects to “function like dream catchers.”

Reminiscent of a piece of jewelry, Le Coeur Reversé consists of a length of red beads with an iridescent golden heart-shape over which rests a dark red hoop. Another length of beads dangles down, concluding with a red glass fishing hook. The piece is visually similar to Paysage Amoureux, a large work included in the 2004 show, which consisted of a rhythmic line of similarly suspended long beaded necklaces from which were hung glass droplets, hoops, hooks and inverted heart-shapes. Othoniel compared this work to a piece of handwriting or a musical score, stating that he intended the work to communicate in a language of intimate love.

Gift of the Artist