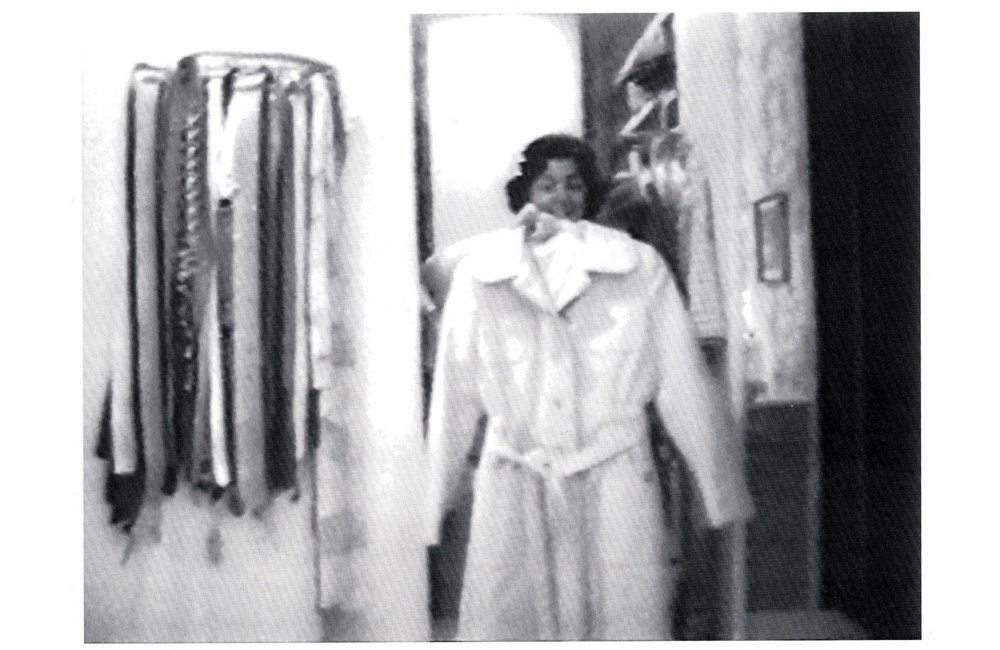 videotape on 3/4 in. format

Ilene Segalove (born 1950 in Los Angeles, CA) is a conceptual artist working with appropriated images, photography and video whose work can be understood as a precursor to The Pictures Generation. He completed her bachelor’s degree in Fine Arts at the University of California, Santa Barbara in 1972. Segalove was exposed to the ideas germinating in the Feminist Art Program at CalArts which encouraged her to continue to train her camera on her personal experiences.

The Mom Tapes is a video that is a brilliantly sharp, funny, and sad look at the generation of her parents through a set of quasi-anthropological interviews with her own mother (conducted using the newly available Porta-Pak video camera) as she wanders through and around their Beverly Hills home. Segalove’s subject seems a ghost wandering through the Escher-like house giving advice on which butcher to go to or where to buy a cocktail dress.

[description:] film composed of different scenes that are scripted. The film is meant to involve the viewer emotionally.