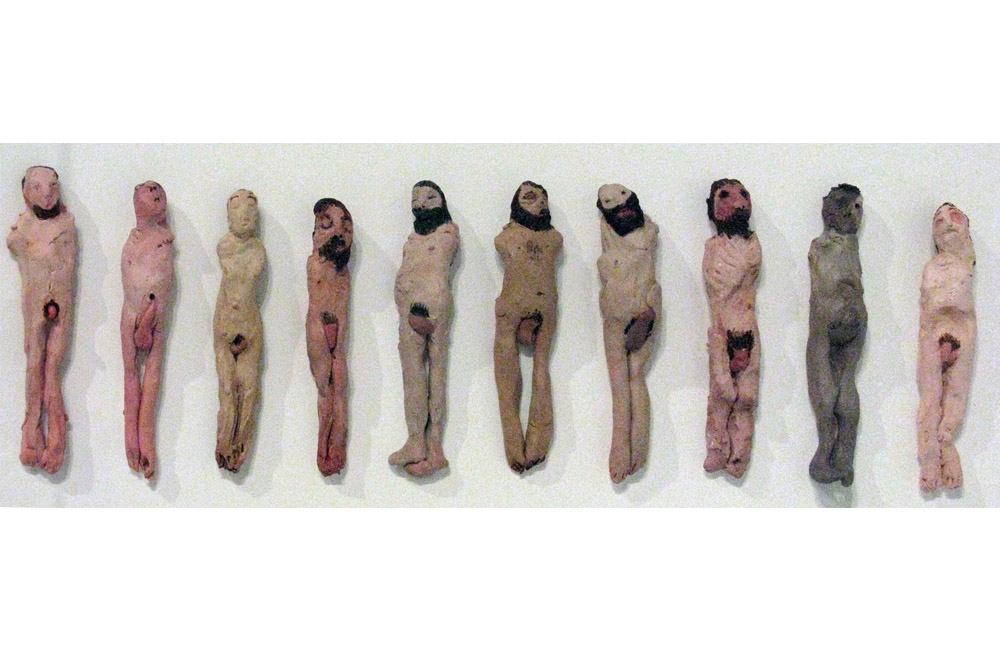 Helen Verhoeven (born 1974 in Leiden, Netherlands) is an european artist based in Berlin, DE. She attended the San Francisco Art Institute, New York Academy of Art, and the Rijksakademie van Beeldende Kunsten in Amsterdam. Verhoeven’s works seem to explore the theme of ceremonial gatherings. She makes monumental-sized paintings that are populated with contorted figures in various states of rapture, despair, lust and estrangement.