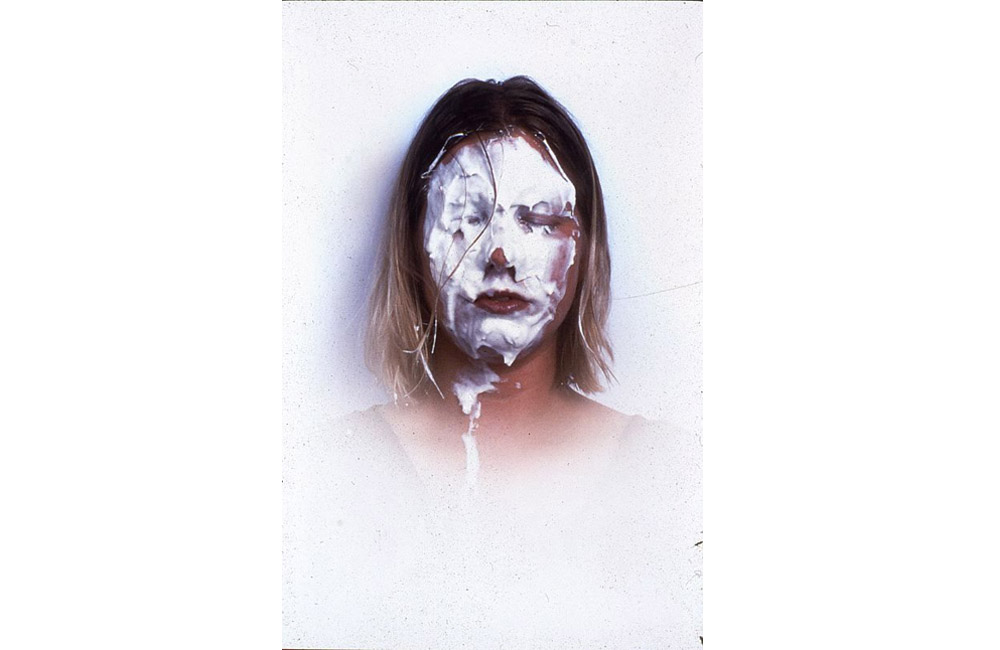 Elizabeth Withstandley (born in Cape Cod, Massachusetts) is an American photographer based in Los Angeles. She creates dramatic narratives when panning out her photographs. Withstandley envisions the protagonist who perpetrates the violent acts the stages. Her goal is to stimulate the mind of the spectator and its imagination to figure out why the acts have been committed or even feel related to the protagonist.

15 Years of Planning (American Style) was created by photographing a series of people after each had been pelted with a cream pie. This series allows the viewer to read the mind of a person bent on revenge and humiliation. Withstandley created a dream-like tableau of victims of a cream pie attack.

[description:] seven different photographs, six of them are of people and the last one is of the pies after the pictures. There are three men and three women. All of the picture are very similar, with a white wall as the background. Different races and ages are involved in this series.