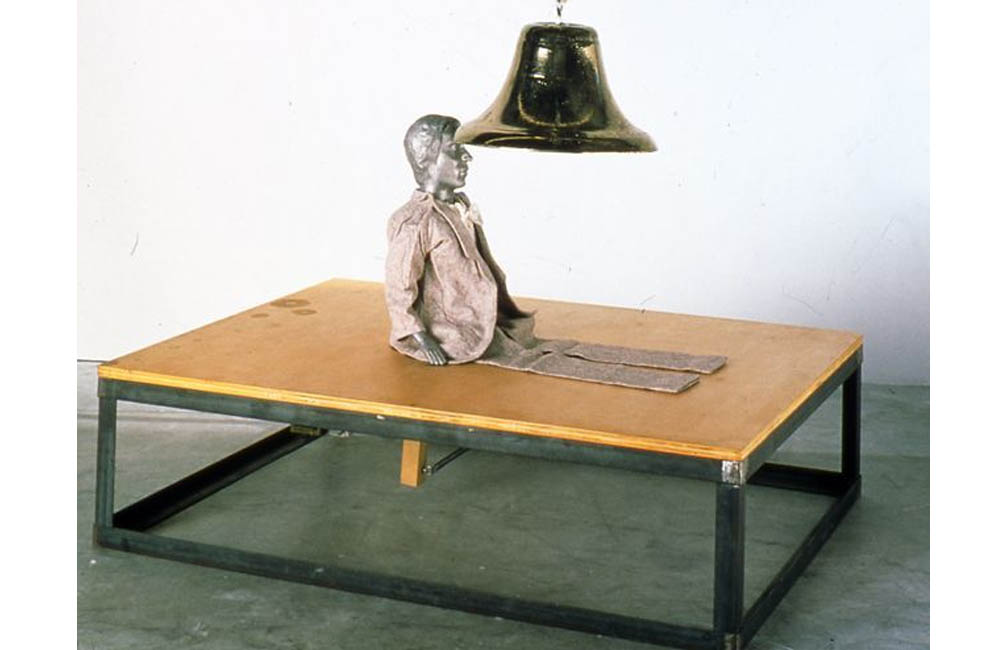 Dennis Oppenheim (born 1938 in Electric City, Washington) was an American artist based in New York.  He is known as an artist who consistently pushed the boundaries of art through temporal form documented in photography, to installation, sculpture and large scale public projects. In 1964, he earned a Bachelor of Fine Arts degree from the California College of Arts and Crafts in Oakland, California, and an MFA from Stanford University in Palo Alto, California, in 1965.  Oppenheim’s early work was associated both with performance/body art and the early earthworks/land art movement.

Attempt to Raise Hell was a different take for Oppenheim. Before 1974, he was a performance artist who took risks with his body in order to make artistic statements. In this work, the puppet is a surrogate for the artist. The head bangging into the bell is a metaphor for the artist’s masochistic creative process. The work’s effect on the viewer is ambiguous, as it is funny and disturbing at the same time.

[description:] small puppet sitting on top of a rectangular stool. The puppet is wearing a black suit and his skin is the color of metal. The bell is hanging right in front of the face of the puppet, sometimes hitting it because of the wind.