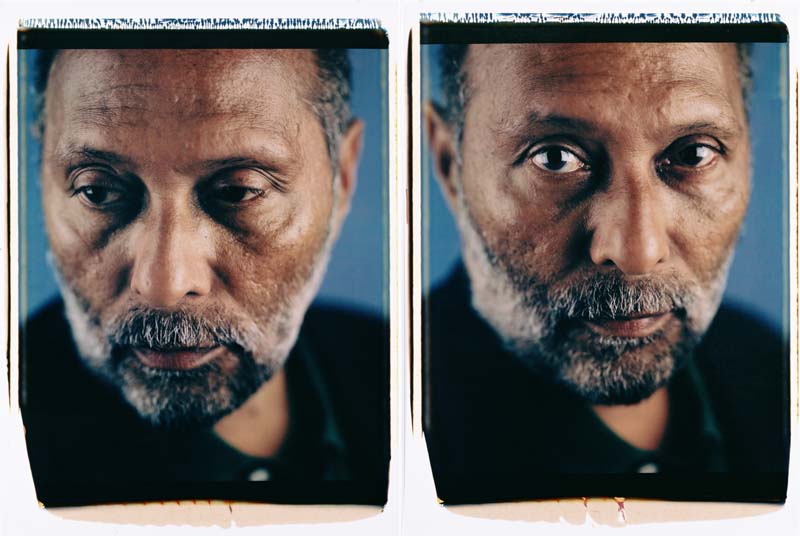 The Museum of Contemporary Art will present Dawoud Bey: Picturing People, an expansive career survey of the Chicago-based photographer which ranges from street encounters to formal studio portraits. Dawoud Bey is distinguished for his commitment to portraiture as a means for understanding contemporary society, first gaining notoriety as a photographer for his acclaimed series Harlem U.S.A., exhibited at The Studio Museum in Harlem in 1979. The 50 images in Picturing People, organized by The Renaissance Society at the University of Chicago, represent the evolution of Bey’s work in the three decades since, during which time he continued his portraiture of primarily African-American subjects.

The artist will attend the opening reception for Picturing People on Thursday, June 6 at MOCA.Admission is free for museum members and residents of North Miami and $10 per person for nonmembers. The following evening, Bey will hold a public Art Talk with Hamza Walker, Associate Curator,The Renaissance Society on Friday, June 7 at 7 pm, which is free with museum admission ($5 for nonmembers).

The MOCA North Miami presentation of Dawoud Bey: Picturing People is sponsored by The Lauder Foundation – Leonard and Evelyn Lauder Fund and made possible through generous support from the David C. and Sarajean Ruttenberg Arts Foundation and the Harper Court Arts Council.

Over the years, Bey continues to investigate numerous photographic methods to increase his engagement with his subjects, switching from black and white to color, shifting between street photography and studio work, and now working with large-format cameras. His earliest small camera pictures demonstrate a spontaneous orchestration and choreography of human interactions within a specific location, and the fleeting social tensions embedded in them. Bey’s street portraits explore moments of consensual collaboration between the artist and the subjects.

With his Polaroid photographs, Bey began his introduction of young people as a central subject. Bey’s most recent series is Strangers/Community, consisting of large-format photographs of two individuals that, although members of the same socio-geographic community, are unknown to one another. Casually positioned side-by-side, between them are differences in age, race, comportment, gender, etc. – differences which call into question the terms on which community is defined.

Dawoud Bey’s works are included in the permanent collections of the Art Institute of Chicago, the Museum of Contemporary Art, Chicago, the Brooklyn Museum, the Detroit Institute of Arts, The Fogg Art Museum at Harvard University, the Museum of Modern Art, the San Francisco Museum of Modern Art, the Museum of Contemporary Art, North Miami, the Whitney Museum of American Art and others. He has been featured in numerous exhibitions worldwide, including a mid-career survey Dawoud Bey: Portraits 1975-1995 organized by the Walker Art Center in Minneapolis. Bey holds a Master of Fine Arts degree from Yale University School of Art and is currently Professor of Art and a Distinguished College Artist at Columbia College Chicago, where he has taught since 1998. Picturing People: Dawoud Bey is accompanied by a catalogue published by The Renaissance Society at the University of Chicago, with scholarly essays by Arthur C. Danto and Julie Bernson. It is available for sale in the MOCA Shop for $35 ($31.50 for members) or online at www.mocanomi.org. The Art Talk: Dawoud Bey in conversation with Hamza Walker is made possible by an endowment established by Dr. Sanford L. and Dolores Ziff. Miami accommodations for Picturing People: Dawoud Bey have been provided by The James Royal Palm Hotel.