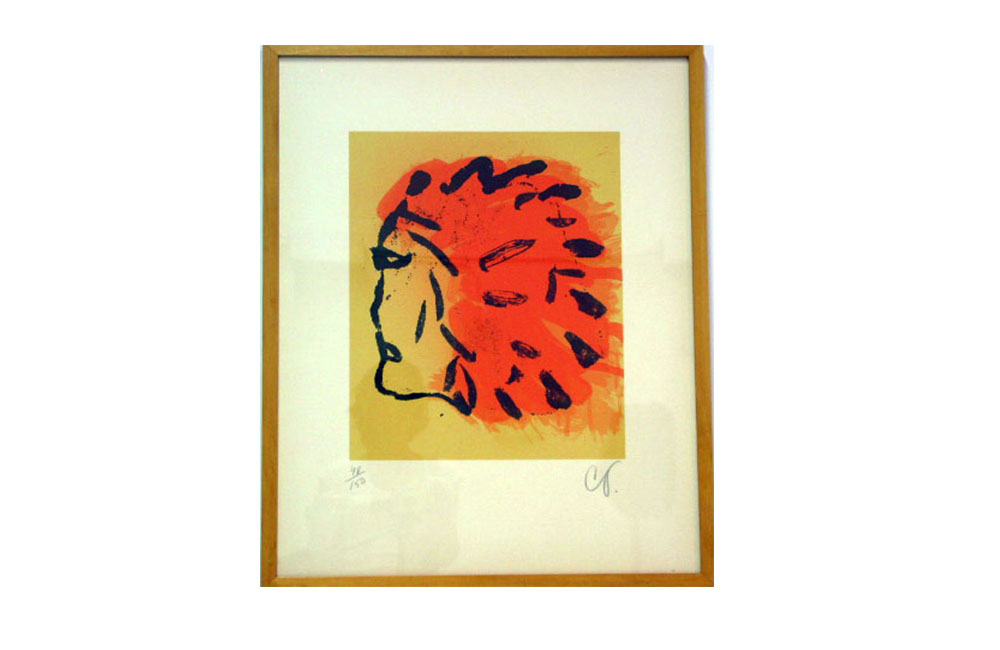 Claes Oldenburg (born 1929 in Stockholm, Sweden) is an european artist based in New York. According to the artist, the “most creative and stimulating” influence was the environment of the Lower East Side, where The Beats, Fluxus, and Pop art groups converged on performance and gallery spaces at Judson Memorial Church off Washington Square. 1960 was a breakthrough year for Oldenburg. The Yale graduate appeared (sans pants), covered in garbage, with Patty Mucha (whom he later married) in his piece Snapshots from the City, inspired by the neighborhood and staged at Judson Memorial Church. Inspired by the smorgasbord of sights and sounds in life and art in Lower Manhattan, he collaborated with Mucha on other performances, and produced his first soft sculptures. Traces of the rough-hewn, graffiti-like collages of Rauschenberg and anti-artisanal Art Brut of Jean Dubuffet can be seen in Oldenburg’s ripped, scribbled cardboard figures, objects, and signs from that year.

[description:] Cardboard base with a grid drawn into at and an explanation of the work. Connected to it by a small chain is the mouse. The mouse is made up of four different pieces. Two of them are circles that represent the ears, a square for the body, and the tail created with a elongated oval shape.