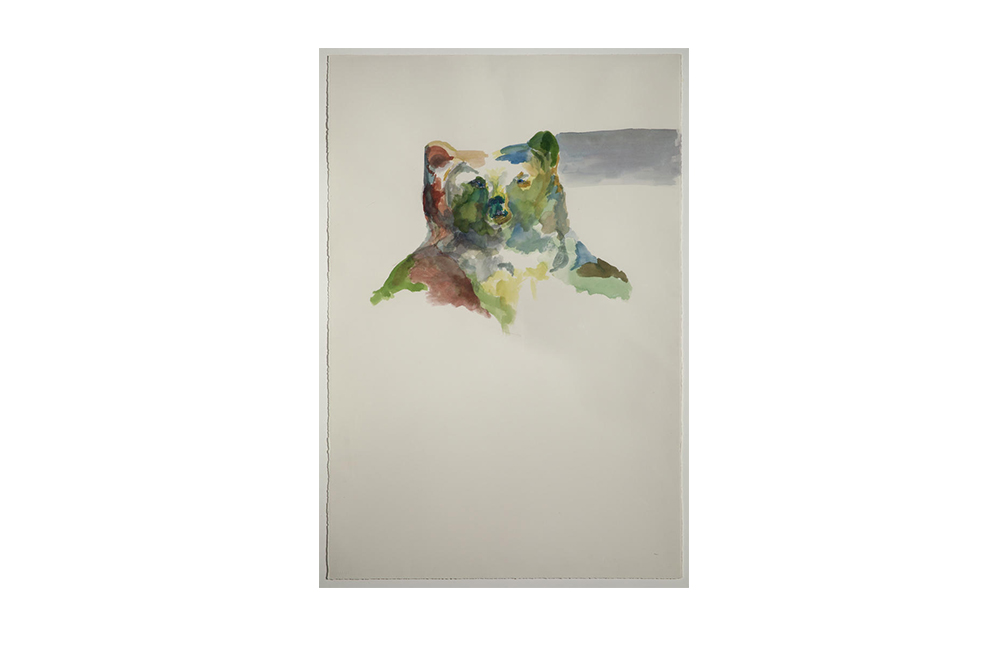 Anne Chi (born 1959 in New York City, NY) is an american artist based in New York. Anne Chu graduated from Philadelphia College of Art in 1982 and received her MFA from Columbia University in 1985. Anne Chu created painted sculptures from a variety of materials.

Bestial is a large, bearlike creature whose pear-shaped body is defined by a grid of squares made of grisaille-toned fabric wired together like a crude quilt facing. The body is held up by the head and arms with ropes that go up to the ceiling. Its wooden head and limbs are carved with apparent urgency and evoke gestural lines. At the same time, with its huge, ungainly, barrel-shaped body, crafted from wire and sewn-together squares of cloth, this bear-like figure might have rolled out of an especially inventive children’s book. Among other things, its endearing, cartoonish eccentricity and fractured design echo folk-tale illustrations.

[description:] The creature is sitting down on the floor. The body of it is covered with degrade tones of blue going from light to dark starting at the top. The head is imperfectly carved out of wood with a dull expression on the face. The body is being held up by three ropes that go up to the ceiling, one coming out of the head, and the other two one in each arm.