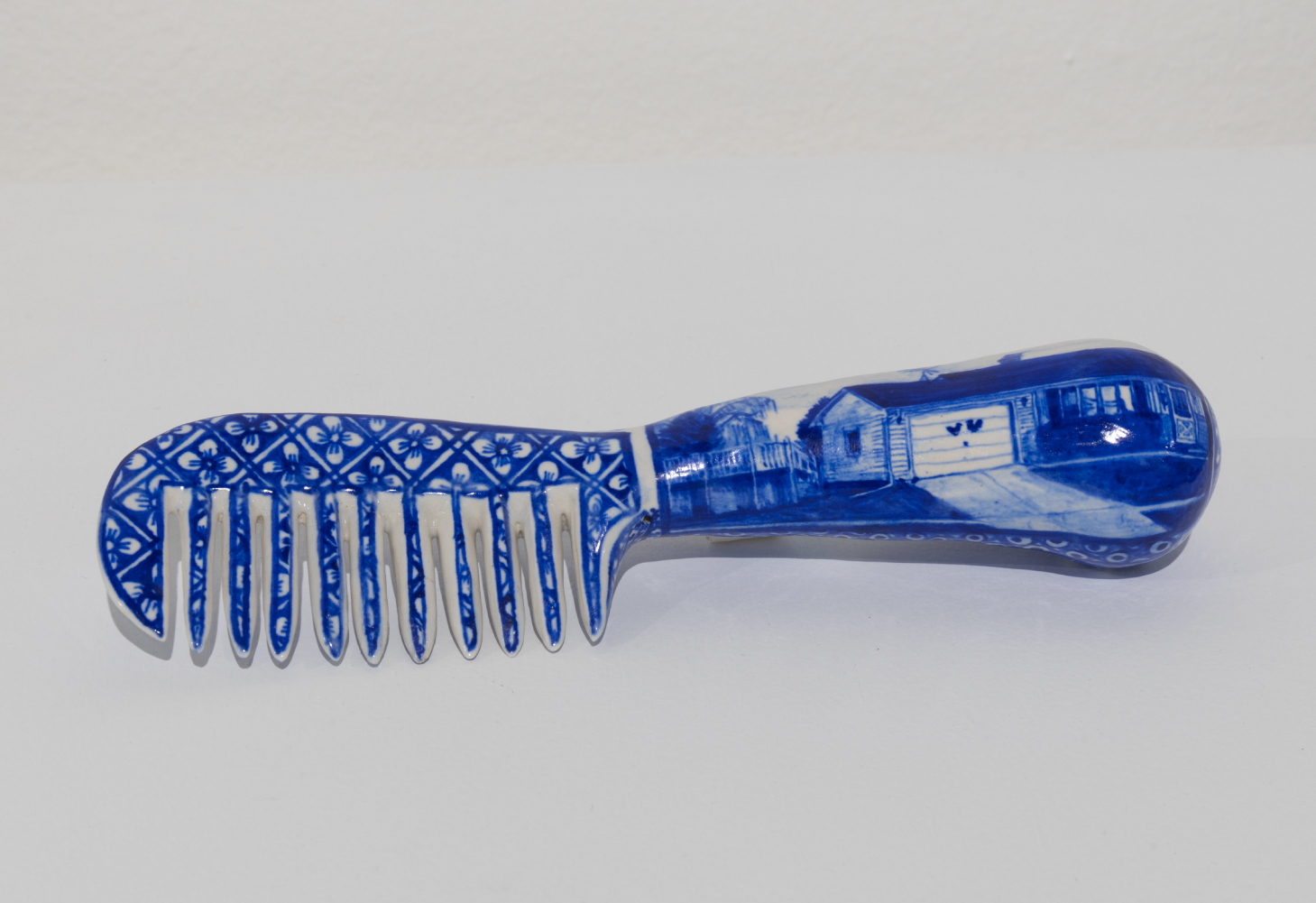 In 1991 the artist began a two-year artist’s residency at Kohler Company, an industrial pottery. This experience had a profound influence on her work, opening her eyes to the division of labor and the way the factory operated, exposing a stark class divide. Agee began creating ceramic works in cobalt blue and white, a color scheme that is intentionally reminiscent of traditional Delft and Staffordshire pottery, which she utilized in the creation of Comb dildo. Both sides of the handle/dildo are decorated with paintings of two different houses, each sourced from photographs that Agee took in Sheboygan, Wisconsin, while working at the Kohler factory. With great respect for the craft, Agee elevates domestic ceramic objects into high art, infusing her works with humor as well as socially and politically engaged subject matter.