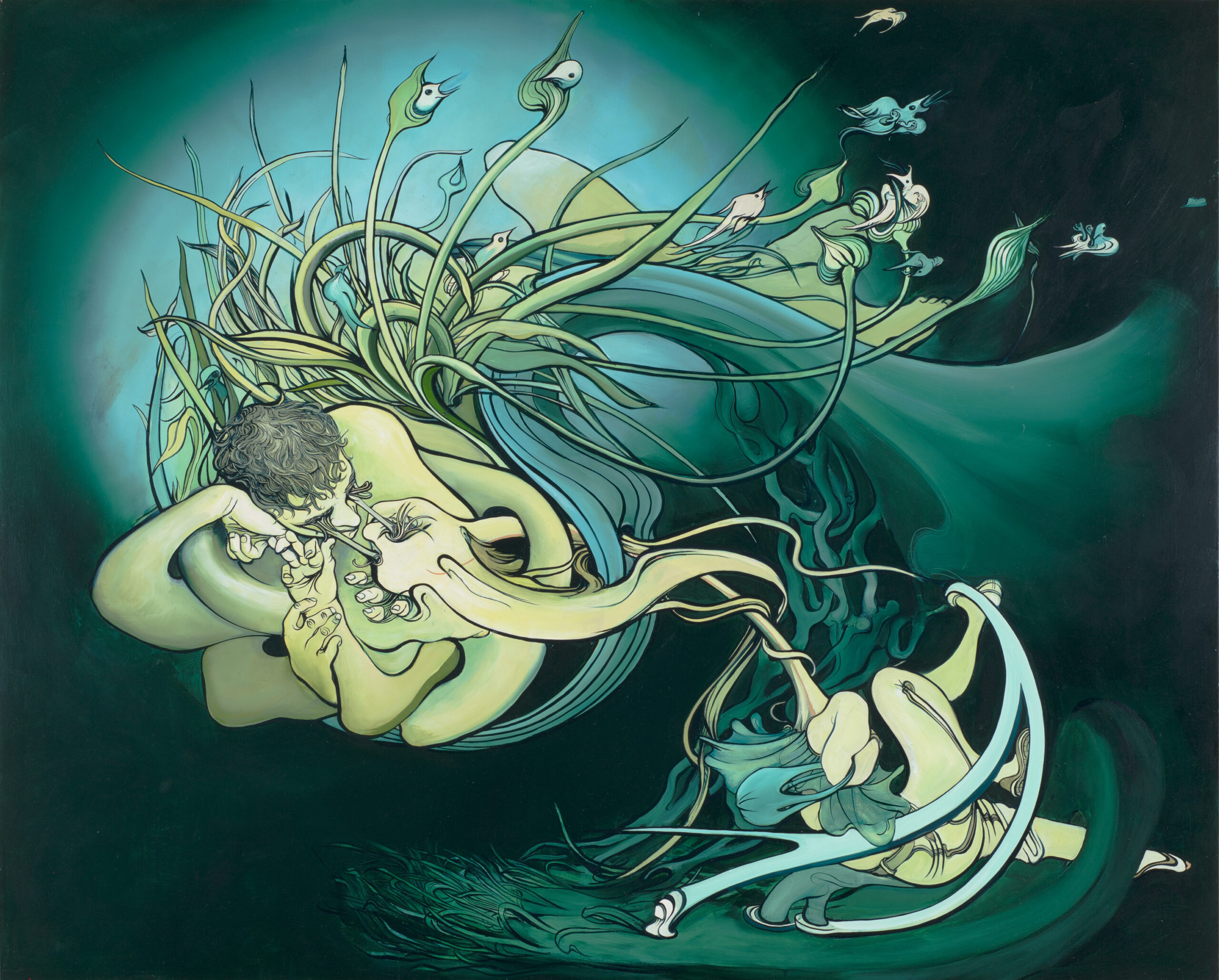 Essenhigh came to prominence in New York in the 1990s with a group of artists whose narrative works were seen to herald a return to painting. Essenhigh became known for her Wallpaper paintings featuring stylized figures placed at regular intervals over a monochrome background, in part inspired by the artist’s work designing patterned boxer short fabric for Sears. Essenhigh’s early paintings were created with enamel paint, which could be easily reworked and gave her paintings a high sheen. After 2001 she began to use oil paint in order to achieve a more modulated and illusionistic effect.  –Elizabeth Shannon Ph.D., curator

Inka Essenhigh (born 1969 in Pennsylvania) is an american painter based in New York. Essenhigh’s painted visions are richly colored distorted fables peopled with archetypes, sprites, and anthropomorphized nature. The paintings breathe and undulate with life as ocean becomes sea monster, tree becomes goddess, or hipster bar-goers become drunken ghouls. As she describes it, her mythologies strive for “the feeling of an inner vision” captured during the witching twilight hours. Inka Essenhigh received recognition at the onset of her career in the mid-1990s, when photo-based art dominated the art world, and Essenhigh was painting graphic paintings using enamel paint.

Romantic Painting, created by Essenhigh, represent two lovers that become one as their eyes, mouths and bodies fuse in eternal embrace. Their bodies entangled in an incredibly dynamic dance. Her use of cold tones ties the entire painting together, while the dramatic lighting brings out the motifs depicted.

[Description:] Fusion of organic forms that recreate the shape of two people that are melting into one. There is not much detail on the background, the premonent color of it is dark blue. The subjects are off center of the piece, leaning a small amount to the left side. The head of the female subject is elongated in order to reach the male counterpart, while her body rests at the bottom of the painting.