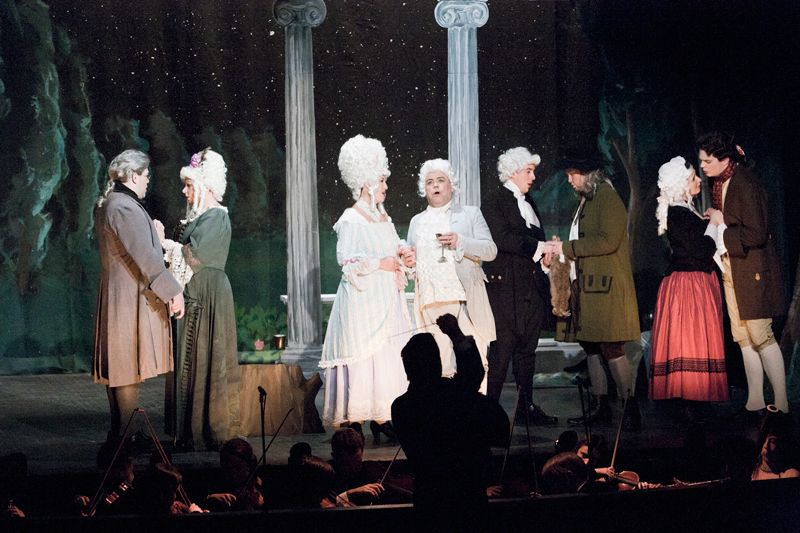 Bliss (2012) is a 12-hour long film by Ragnar Kjartansson based on his award-winning performance at Performa 11 in New York. It features the final aria of Mozart’s The Marriage of Figaro, performed repeatedly in a single shot filmed with full orchestra, scenery and period costume.

The work of Icelandic artist Ragnar Kjartansson was the subject of a solo exhibition at the Museum of Contemporary Art North Miami in 2012, and the museum also commissioned Kjartansson’s performance, Du Holde Kunst, as part of its 15th anniversary.  Kjartansson’s work is also included in MOCA’s permanent collection.