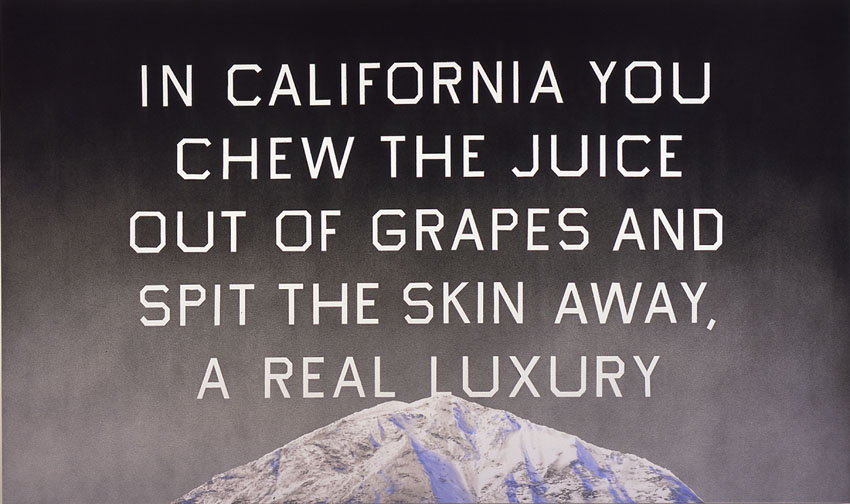 Ed Ruscha: On the Road

Ed Ruscha, whose career spans five decades, is known for his use of language to document and comment on the shifting character of American culture.  Ruscha drew inspiration from the classic American novel On the Road by Jack Kerouac in his own limited art book version of the novel, and has created a new body of paintings, drawings, and photographs.  The exhibition, organized by the Hammer Museum, Los Angeles is curated by Chief Curator Douglas Fogel.  Included is Ruscha’s artist’s book, six large paintings, and 10 drawings, each taking their text from the novel.  Just as Kerouac’s words provide Ruscha with new means to explore his archetypal landscapes, Ruscha’s art adds new analysis to Kerouac’s original and radical use of language.