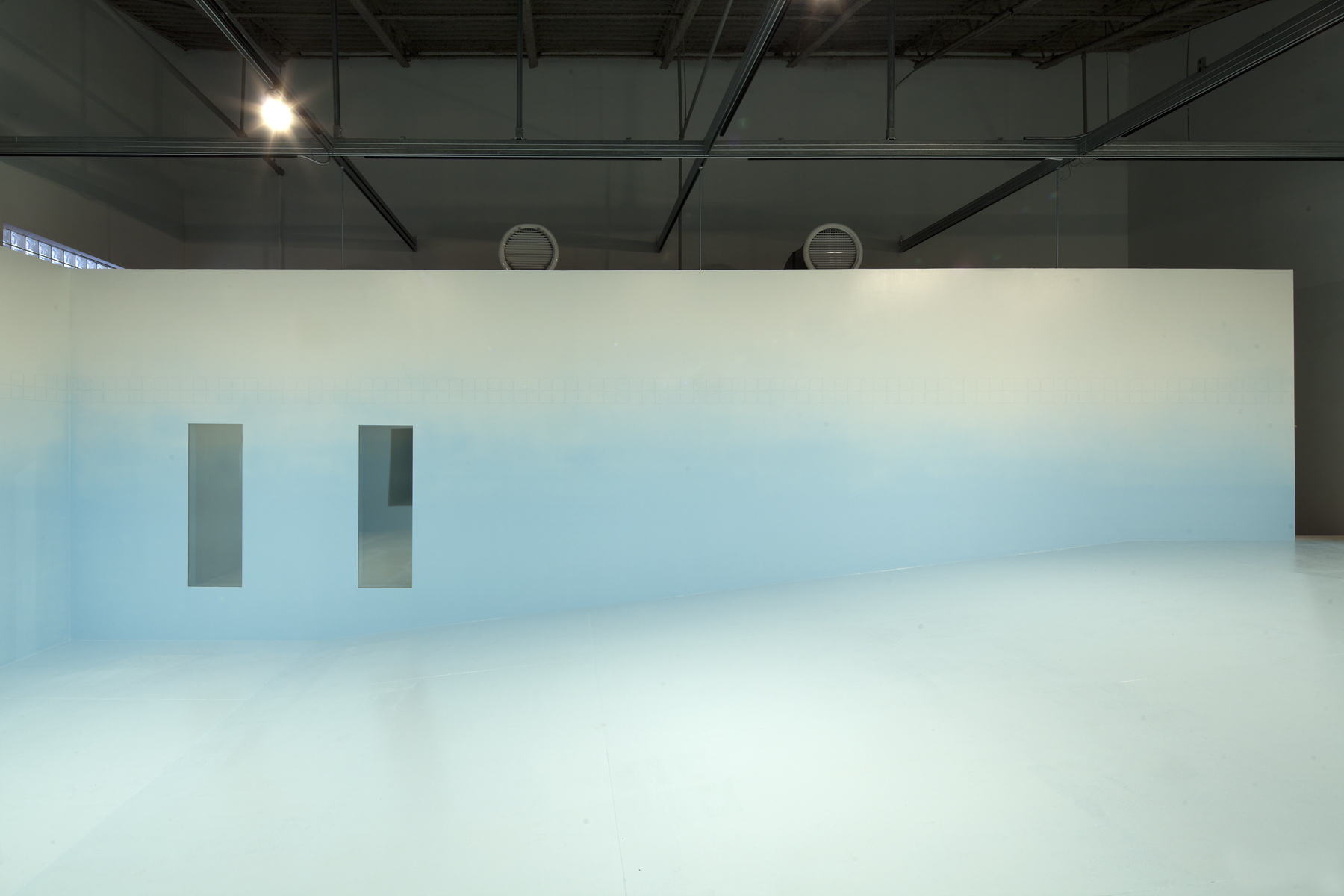 The first major installation by Teresita Fernández created in 1996, will be featured in Pivot Points V, on view at the Museum of Contemporary Art, November 30 through February 12. Fernández, who was born and raised in Miami, is world renowned for her installations and public commissions that evoke the relationship between space and the body. Untitled (Pool), donated to MOCA by Rosa and Carlos de la Cruz, was the first work to be exhibited in the museum’s Pavilion Gallery as part of its 1996 inaugural exhibition Defining the 90s: Consensus-Making in New York, Miami and Los Angeles.

Teresita Fernández came to the attention of MOCA Executive Director and Chief Curator Bonnie Clearwater while still a student in the BFA program at Florida International University, She had her first solo museum exhibition in MOCA’s former building in 1995. The inclusion of this emerging Miami artist in the 1996 Defining the Nineties exhibition that featured established international figures such as Matthew Barney and Damien Hirst, was considered by some a bold move at the time, but has now proven to be prophetic.

Fernández has had an esteemed international career and in September 2011, she was appointed by President Obama to serve on the U.S. Commission of Fine Arts. She is the recipient of numerous fellowships and awards both in the U.S. and abroad, including the 2005 MacArthur Foundation “Genius” Fellowship and a 2003 Guggenheim Fellowship. Fernández was the youngest artist to be commissioned by the Seattle Art Museum’s Olympic Sculpture Park and she has created site-specific commissions for the Benesse Art Site in Naoshima, the new Dallas Cowboys Stadium in Texas, The Blanton Museum of Art in Austin, TX, and the Angel Building in London, UK. Additional commissions include a special project for the Museum of Modern Art, New York, NY in 2000 and Bamboo Cinema, a project for the Public Art Fund, installed in Madison Square Park, New York, NY in 2001.

MOCA’s Knight Exhibition Series is made possible by the John S. and James L. Knight Foundation. Exhibitions and programs at MOCA are made possible through grants from the City of North Miami. Sposored in part by the State of Florida, Department of State, the Florida Council on Arts and Culture, and the National Endowment for the Arts. With the support of the Miami-Dade County Department of Cultural Affairs and the Cultural Affairs Council, the Miami-Dade Mayor and Board of Commissioners.