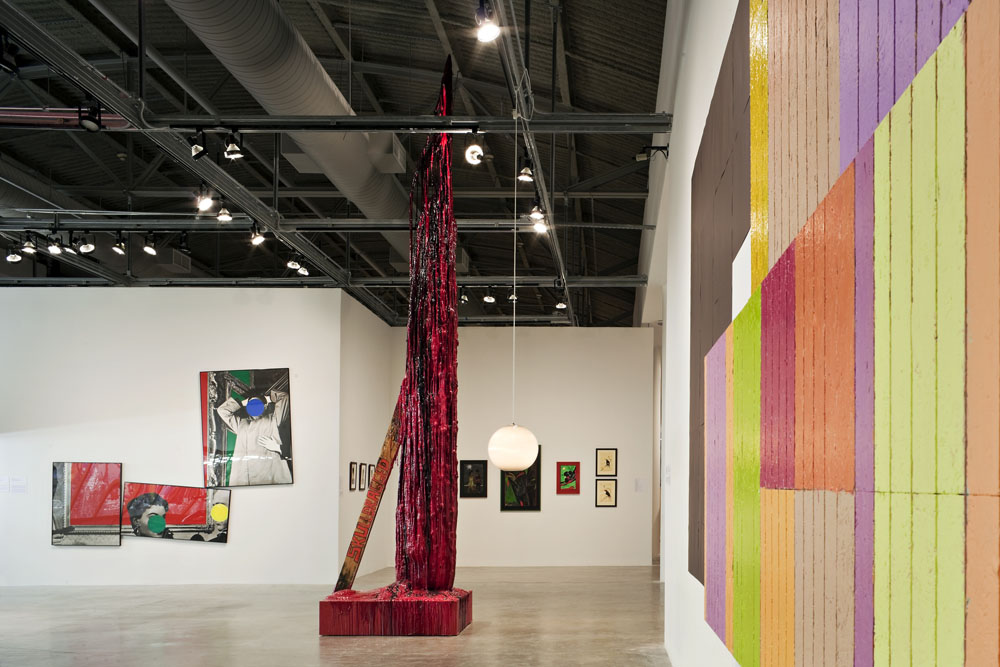 At Capacity: Large Scale Works from the Permanent Collection

Fifteen years ago, MOCA inaugurated its Joan Lehman building as a collecting institution to fill a void in Miami as the only museum dedicated to exhibiting and collecting contemporary art. Thanks to the outstanding generosity of local and international collectors and patrons to MOCA’s acquisition fund, the current museum facility is “at capacity.” In addition to its growth in size — now over 600 works — the collection’s impressive monumental works and installations have become one of the museum’s hallmarks that distinguishes MOCA’s role nationally and internationally.

This selection is just a small sample of the museum’s holdings, which will occupy the new 16,000 square-foot permanent collection galleries of MOCA’s expansion.

MOCA’s permanent collection is known internationally, with installations co-owned with the Tate Modern in London and works such as John Baldessari’s Three Red Paintings, which has just returned from a world-wide retrospective with stops at London’s Tate Modern, Los Angeles County Museum of Art and New York’s Metropolitan Museum of Art. Matthew Barney, Jack Pierson, and Jorge Pardo were included in MOCA’s landmark inaugural exhibition, Defining the Nineties (February 1996). Pierson’s Paradise Lights has illuminated the courtyard since1996 and  has become a renowned icon for MOCA and Miami.