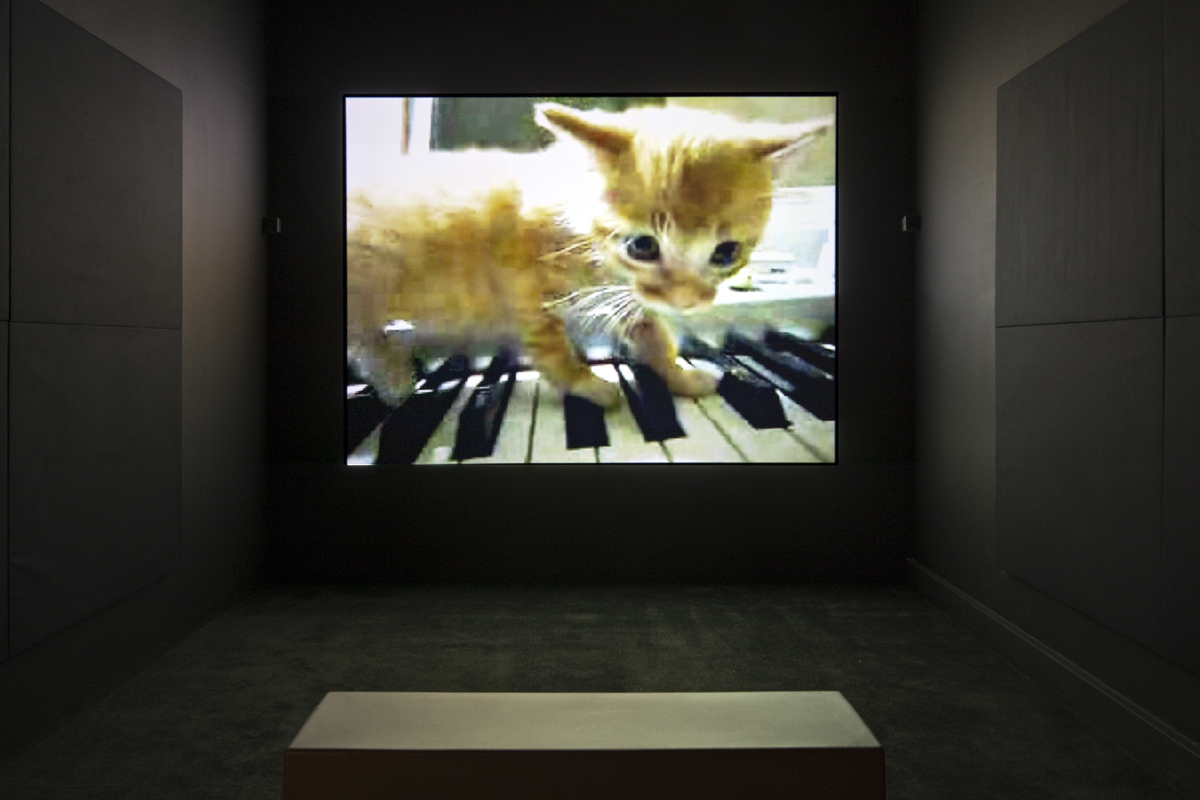 The exhibition features significant works from 2002 to the present, including new works produced in early 2010. Taking a comprehensive view of Arcangel’s diverse practice, the exhibition includes videos, video game consoles, film, photographic prints, sculpture, drawings, web-based work, sound, and performance. Arcangel’s conceptual interventions into consumer technology brought him to prominence in the early 2000’s through his alterations of Nintendo games. Since then, Arcangel has continued to question the visual appearances, uses, and longevity of consumer technology, examining how it defines our lives.

Cory Arcangel was born 1978 in Buffalo, NY and lives and works in Brooklyn, NY. He has been included in international group exhibitions such as Younger than Jesus at the New Museum, New York (2009), The Possibility of an Island at the Museum of Contemporary Art, North Miami (2008); Color Chart at the Museum of Modern Art, New York (2008); Sympathy for the Devil: Art and Rock and Roll Since 1967 at the Museum of Contemporary Art, Chicago(traveled to MOCA, North Miami) (2007); Speed 3 at the Instituto Valenciano deArte Moderno in Valencia, Spain (2007); Time Frame at P.S. 1 in NYC (2006);Database Imaginary at The Banff Centre in Alberta, Canada (2004); and the Whitney Biennial at the Whitney Museum of American Art in NYC (2004).