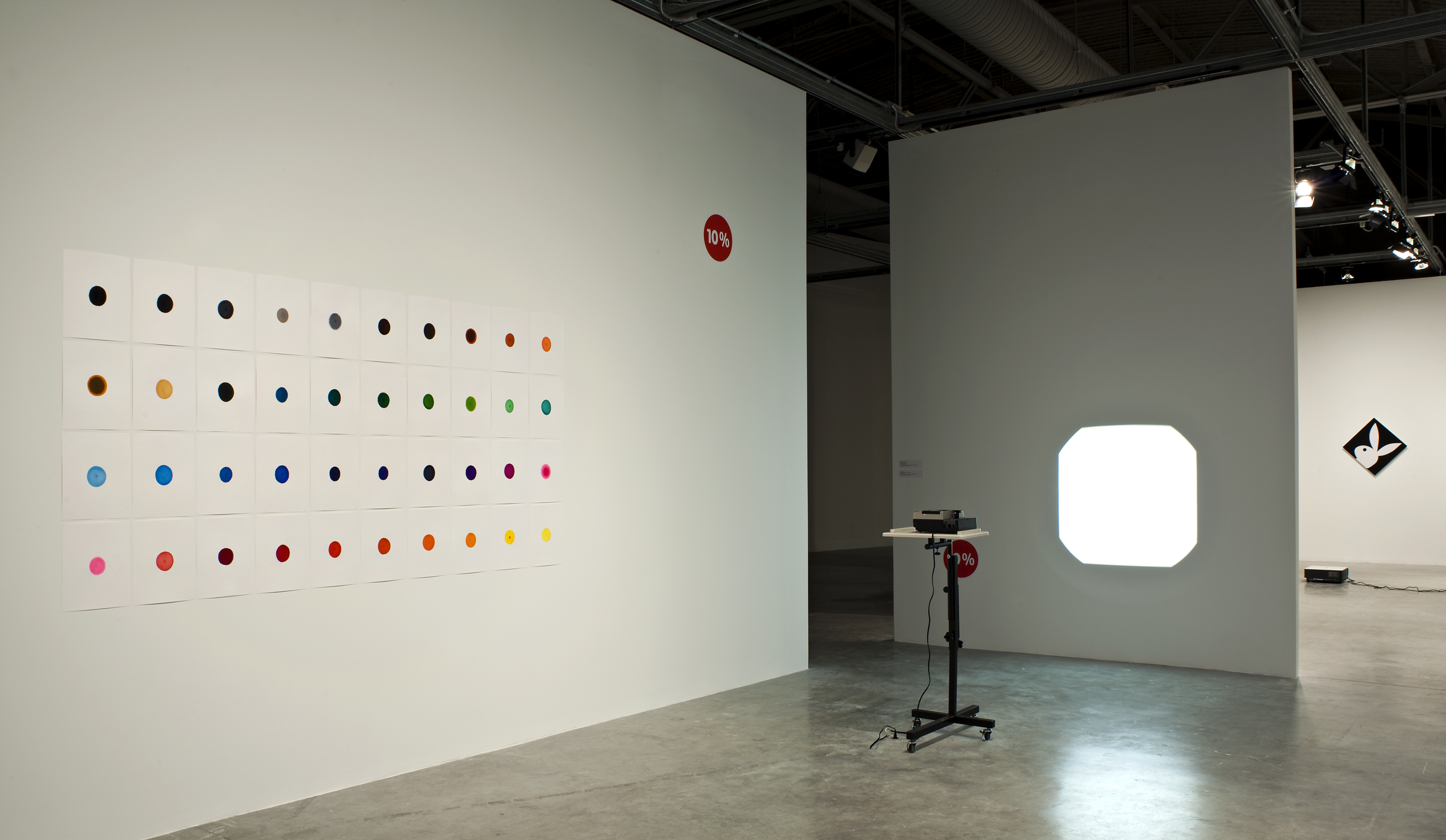 This mid-career survey is Floyer’s first solo museum exhibition in the United States, featuring multi-media works from the late 1990s to the present. The exhibition is part of MOCA’s Knight Exhibition Series and is curated by MOCA Executive Director and Chief Curator Bonnie Clearwater. Floyer’s deceptively, minimal conceptual works emerge from her daily experiences rather than from theory. Many of her trigger points result from peripheral observations of everyday non-events and her work often deals with the structure and syntax of the English language. Her works elegantly reveal her thought process and heighten our awareness to the way our mind perceives and comprehends the moments she creates.

The exhibition takes its name from Floyer’s 2002 work, Auto Focus, consisting of a carousel slide projector pointed at a wall, endlessly going through its automatic process of focusing its projection. However, there is no carousel to display slides and therefore there is nothing to project except the projector’s own light. The viewer’s automatic response is to focus on the illuminated projection glowing on the wall as this is where one usually looks when viewing a slide presentation. Auto Focus is more than just the light. It is a sculpture, or more specifically, a readymade that was purchased. It’s almost human in its perseverance at its futile task and it is a lot like most of us who follow instructions exactly as prescribed until an artist like Floyer comes along and challenges our perception by directing our gaze in unexpected directions.

Born in 1968, Ceal Floyer currently lives and works in Berlin. She received her BA in 1994 from GoldsmithS College in London.

Ceal Floyer: Auto Focus is made possible with support from the John S. and James L. Knight Foundation and is part of the Museum of Contemporary Art’s Knight Exhibition Series.  Additional support for the exhibition is provided by Cindi and Martin Nash.