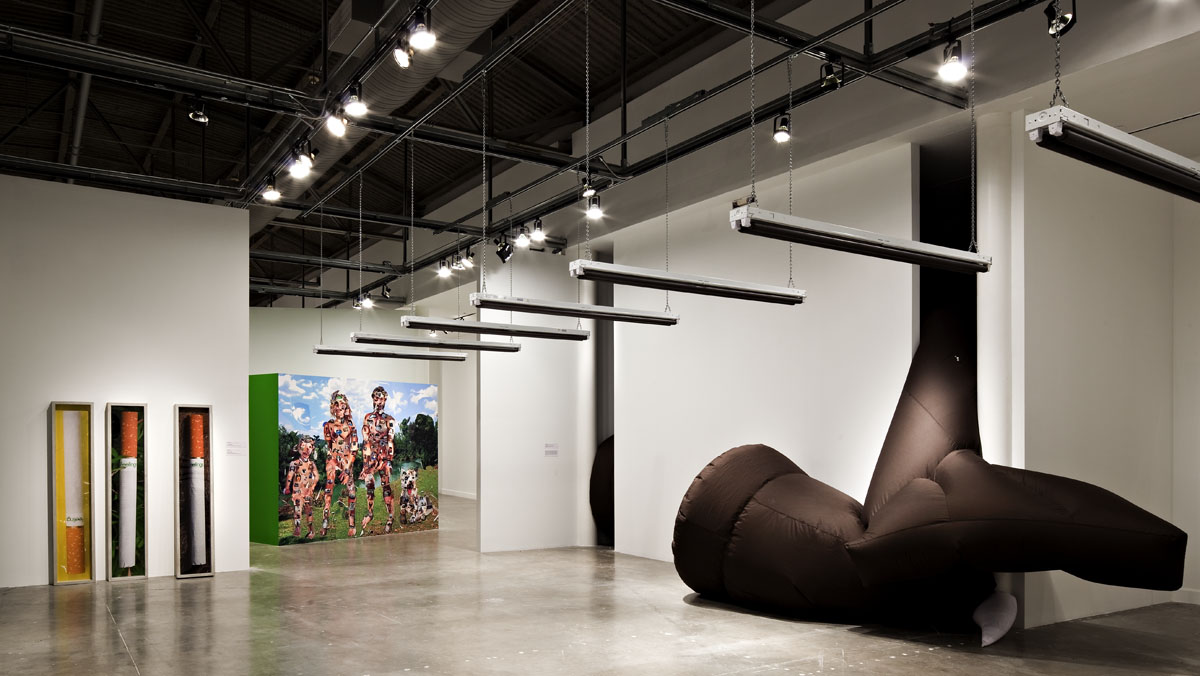 The Reach of Realism

The contemporary artists in The Reach of Realism use various strategies to address the increasing fusion between daily life and popular media. From 19th century painters who depicted everyday life during the industrial revolution, to the 1980s “pictures generation” of artists who criticized the media’s growing influence on society, artists have used realism as a political strategy. Today, it is widely understood that while images are effective in communicating ideas, they have lost some impact in communicating truths because of increased manipulation and outright fabrication. The artists in the exhibition convey the desire for authenticity in images while distrusting the ability of images to communicate an objective reality. By choosing to obstruct straightforward depictions and instead reveal poetic truths, these artists question whether the images they produce and the realities they portray can be meaningful. In creating semblances of reality, the artists are more interested in the inclusion of a detail or moment in a work that contains the potential for realism and not realism itself.

The artists in The Reach of Realism question the status of realism in artwork today. They choose particular images and narratives to work with and grapple with the challenges and implications of circulating them within artwork.

The Reach of Realism is organized by the Museum of Contemporary Art, North Miami and is curated by MOCA Associate Curator Ruba Katrib. It is part of MOCA’s Knight Exhibition Series.

The Reach of Realism is made possible with support from the John S. and James L. Knight Foundation, Starbucks Coffee Company, and proceeds from MOCA’s Mystery Dates fundraiser. The exhibition is part of the Museum of Contemporary Art’s Knight Exhibition Series.