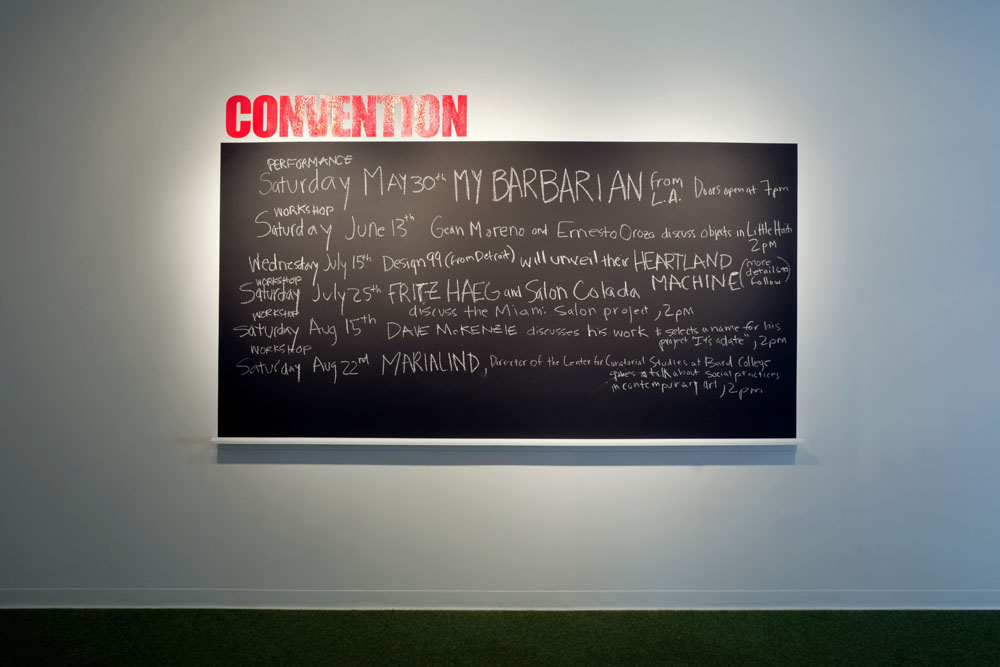 The exhibition’s interactive elements and open-ended format will actively engage the community and challenge the definition of a conventional museum exhibition.  “Convention examines forms of gathering in our society; every artist in the exhibition is examining this phenomenon from a different perspective.” said Ruba Katrib, MOCA Assistant Curator. “MOCA is acting as a launching pad for several of the artists by creating an opportunity for them to experiment and initiate new projects.”

“In Miami, we have seen first-hand the enormous impact of events such as Art Basel Miami Beach, Miami International Boat Show, Winter Music Conference, South Beach Wine & Food Festival, Miami International Film Festival and Miami Book Fair on the region,” states MOCA Executive Director Bonnie Clearwater.  “In most cases, these mass gatherings alter the culture of the city.  Although the current economic recession is impacting participation in events such as these to a certain degree, conventions, meetings and informal social gatherings continue to play an essential role in effective networking, innovation, and serendipitous encounters.”

Convention is organized by the Museum of Contemporary Art, North Miami and is curated by MOCA Assistant Curator Ruba Katrib.

MOCA is also partnering with Ecole des Beaux Arts in Nantes, France on an interactive information hut in conjunction with the exhibition.