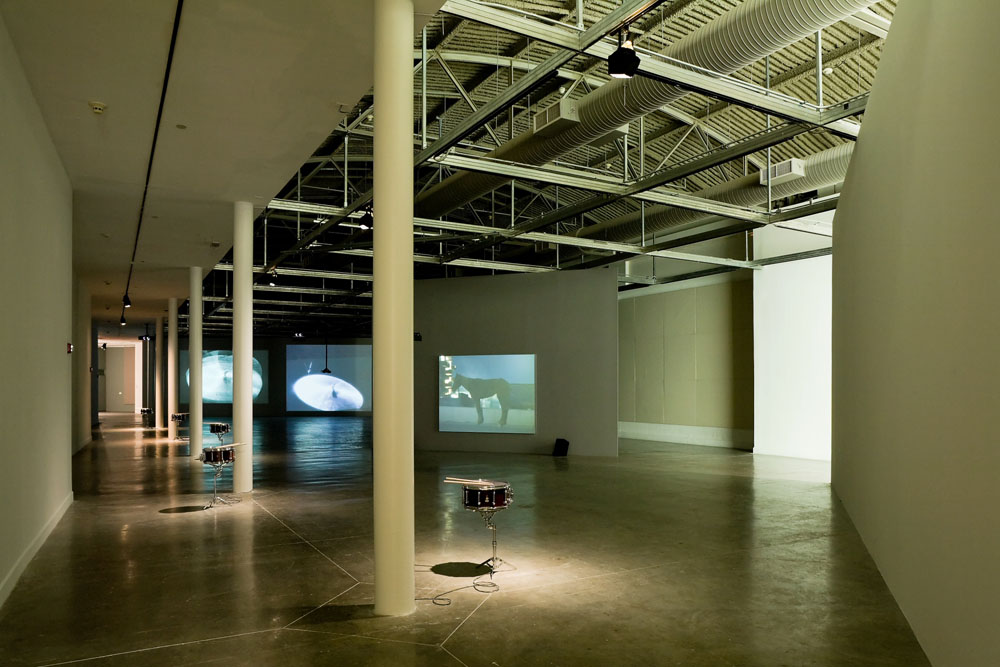 Anri Sala: Purchase Not By Moonlight

The exhibition is co-organized by the two institutions and curated by Raphaela Platow, CAC’s Alice & Harris Weston Director and Chief Curator. “Anri Sala is an artist who intrigues with his particular kind of storytelling and focus on simple phenomena,” says Platow. “He deals with themes of music, language and time passing from a unique, sensitive perspective that is both political and emotional.”

This first major U.S. museum show of Sala’s work is presented as one exhibition with two volumes, both carefully designed to resonate with each respective space. Sala’s work engages and responds to each museum’s respective space, expanding over time as the space and the film impact how a visitor approaches each.

“The installation at MOCA, North Miami addresses issues of rupture as the films play on a timer,” states Platow. “Sala has created an environment in which the visitor’s focus is directed toward specific films that engage in a particular dialogue with each other, with the space, and the experience of the viewer. The lighting of the space and the drums follow the same sequence the artist has developed for the screenings. As some of the films end, they completely disappear and different films in other areas of the museum begin. The orientation of the installation is constantly changing, causing viewers to reorient themselves within the space as various films end and begin.”

“Anri Sala belongs to the last generation of artists to come of age under Albania’s strict communist regime, which demanded absolute conformity to Social Realism. By the time he entered the Art Academy, communism had collapsed, and he and other artists reflected on the changes that transpired in the country almost overnight, while also catching up with the international art world,” notes Bonnie Clearwater, MOCA executive director and chief curator and curator of the Albanian Pavilion, Venice Biennale, 2007. She further remarks, “His early works explored the ideological discussions that preoccupied his country and the role art can play in engineering social change. This led to his more recent work that explores ways light, sound and images can create a social space that mobilizes viewers and heightens their sensitivity to their environment.”

Anri Sala: Purchase Not By Moonlight is made possible with support from the John S. and James L. Knight Foundation. The exhibition launches the Museum of Contemporary Art’s Knight Exhibition Series.
Additional support provided by Starbucks Coffee Company and Monica Kalpakian