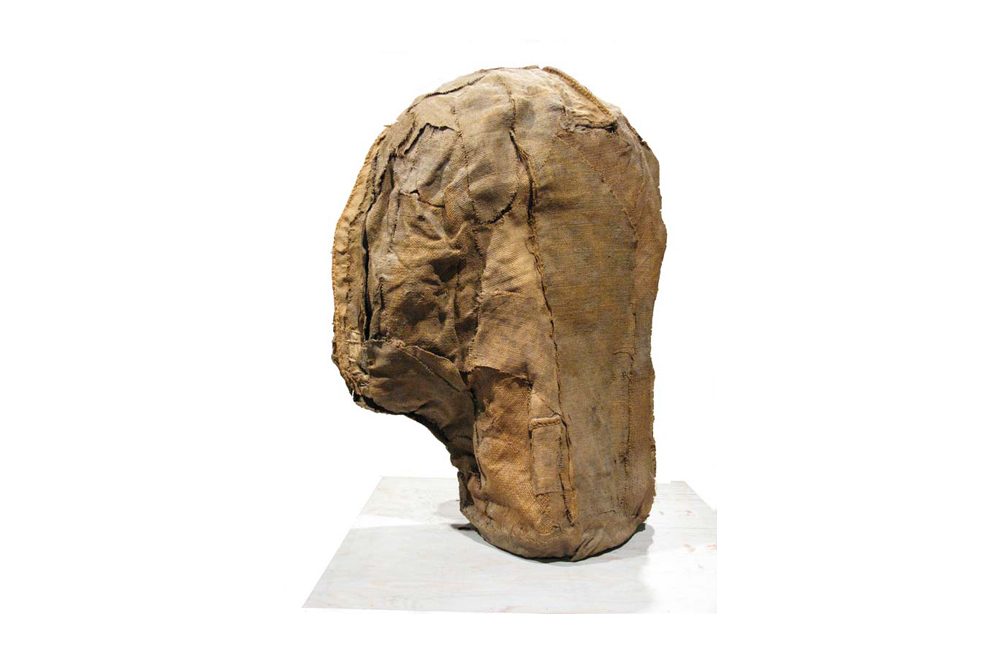 Magdalena Abakanowicz (born 1930 in Falenty, Poland) is an artist based in Warsaw. One of Poland’s most internationally-acclaimed artists, Abakanowicz is known for works that transcend the conventional sphere of sculpture production. Abakanowicz studied at the Warsaw Academy of Fine Arts between 1950-1954. For a time she tried her hand at painting, producing monumental gouache compositions on cardboard and canvas. Her first major independent achievement was based on using three-dimensional textiles as a medium.

Head is one of the many examples of heads created by Abakanowicz. The stretched stitches and gnarled strands bursting their wrappings in the head suggested, in stark terms, psychic distress tipping over into madness. The raw material used to build the piece gives out an organic feel to it, spreading a somewhat uncomfortable feeling for the expectators.

[description:] Flesh colored mass with a head shape. It is pulled together with stitches and knots. The colors of the piece seem worn out and old. There is a slight hint of the shape of a face in the frontal part of the piece.