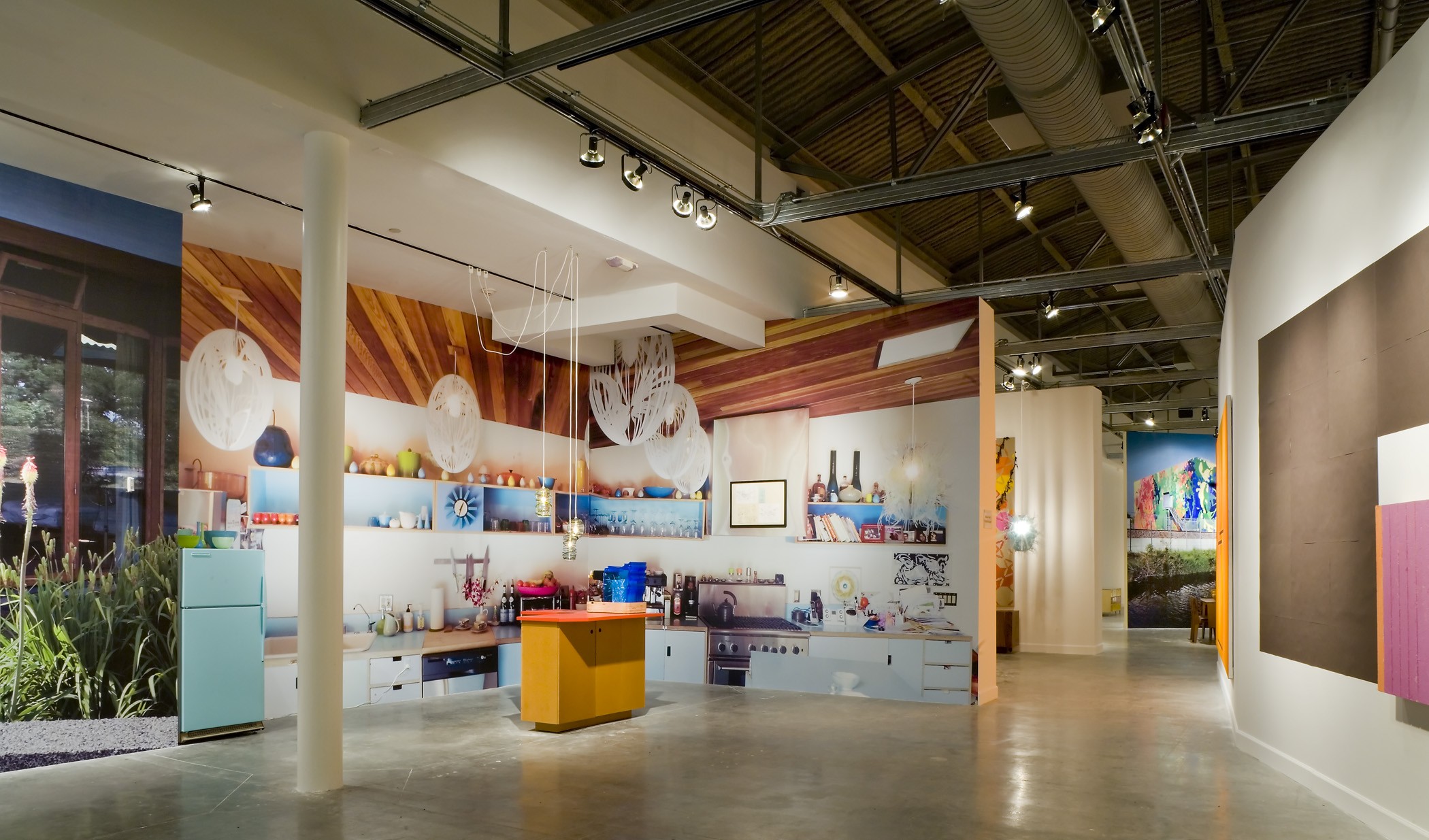 In this exhibition, sculpture, installations, and paintings that cross the boundaries of art, design, and architecture are presented according to their utilitarian typology in vignettes representing various rooms and areas in a house. Although Pardo has created large-scale projects for museums throughout the world, this is his first comprehensive U.S. museum exhibition. While the works incorporate elements of minimal and Modern art, the disparity between their function and form contradicts the rules of modernism and reveals Pardo’s personal and autobiographical response to everyday objects and his environment. In keeping with the genre-crossing characteristics of Pardo’s work, the exhibition extends beyond the museum itself to encompass site-specific projects around the world, including Pardo’s own house in Los Angeles.

Pardo’s work has been widely exhibited in museums, galleries and public spaces since the late 1980s, but it remains among the most difficult to define. The meaning of his work shifts according to the way it is categorized, installed and used. Pardo defines the objects he creates as “paintings,” “drawings,” and “sculpture,” but to the viewer these objects may look like a glass globe lamp, decorative tabletop, or a chair.

Pardo created most of his work for installations at galleries, museums, or specific locations. His projects and groupings of works embodied a particular course of exploration and inquiry into the aesthetic experience that Pardo pursued at the time they were created. The gallery space or site itself established the framework that influenced the viewer’s response. In most cases, these installations were dismantled after the exhibition and the individual objects were dispersed to collectors and museums. Some collectors use these works as functioning furniture. A bedroom set Pardo designed in the 1990s, for example, furnishes a collector’s bedroom, and Pardo’s lamps illuminate homes throughout the world. Installations for the Dia Art Foundation’s bookstore and lobby in New York and Philadelphia’s Fabric Workshop and Museum’s video lounge were designed to be used by visitors. Pardo’s family lives in the house in Los Angeles that he built as his solo exhibition for the Museum of Contemporary Art, Los Angeles. Other collectors and museums present these objects as art works to be looked at, but not touched. As Pardo notes, “When you open up the context, you cannot control how it will be used.”

Jorge Pardo: House is organized by the Museum of Contemporary Art, North Miami and curated by Bonnie Clearwater. The exhibition is accompanied by a catalogue with an essay by Bonnie Clearwater. It also includes a response to the artist’s house written by his wife, the novelist Veronica Gonzalez.