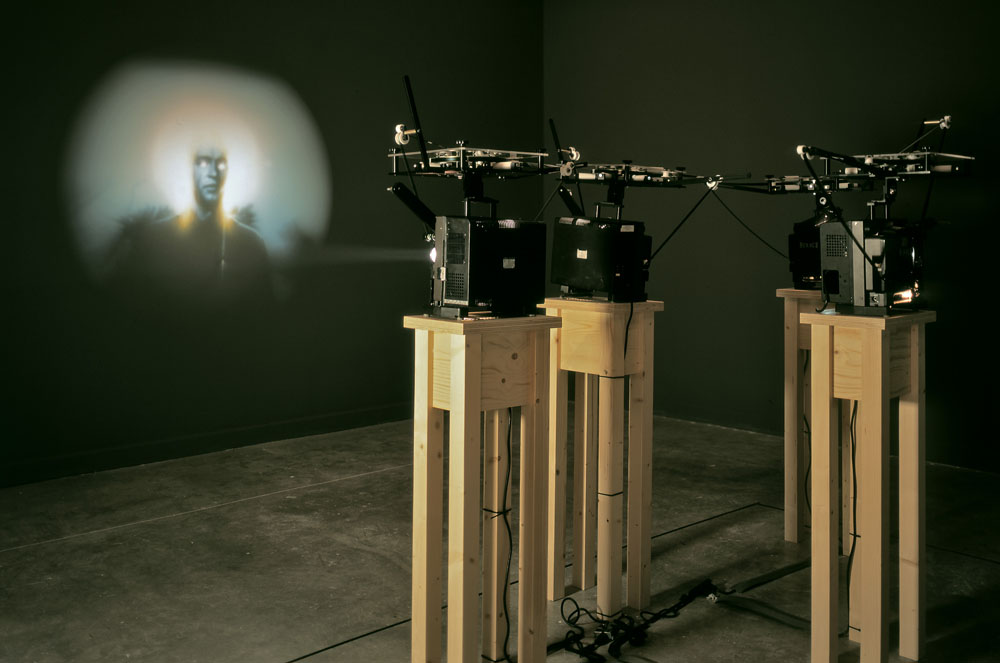 The exhibition features Gallagher’s new multiple portfolio, DeLuxe, along with drawings, and 16mm film projections. Ellen Gallagher’s work explores issues of race, identity and transformation. In DeLuxe, 2004/05, a new portfolio of her multiples published by the innovative Two Palms Press in New York, she manipulates advertisements and stories from the magazines Our World, Sepia, and Ebony.

Gallagher stated, “I take archival material from original black photo magazines and reactivate it through a series of transformations using plasticine, coconut oil, etching, paint, ink, toy eyeballs, and crystals. These fugitive characters reoccur throughout the grid both as themselves and other worldy presences. Each repetition is an inauguration of the character into an altered state.”

DeLuxe, 2004/2005 is comprised of a suite of 60 framed multiples that join together to form a large-scale work that is deceptively abstract. Upon closer inspection, the grid-like structure reveals that each individual unit contains articles from the 1930s through the 1970s, some depicting women with flamboyantly sculpted bright yellow wigs that reveal the hand of the artist and contrast the work’s rigid composition.

Ellen Gallagher: Murmur and DeLuxe is curated by Bonnie Clearwater. The exhibition is sponsored by Jacquelyn and Bruce Brown, Jeanne and Michael Klein, Francie Bishop Good and David Horvitz, and Carolee and Nathan Reiber.