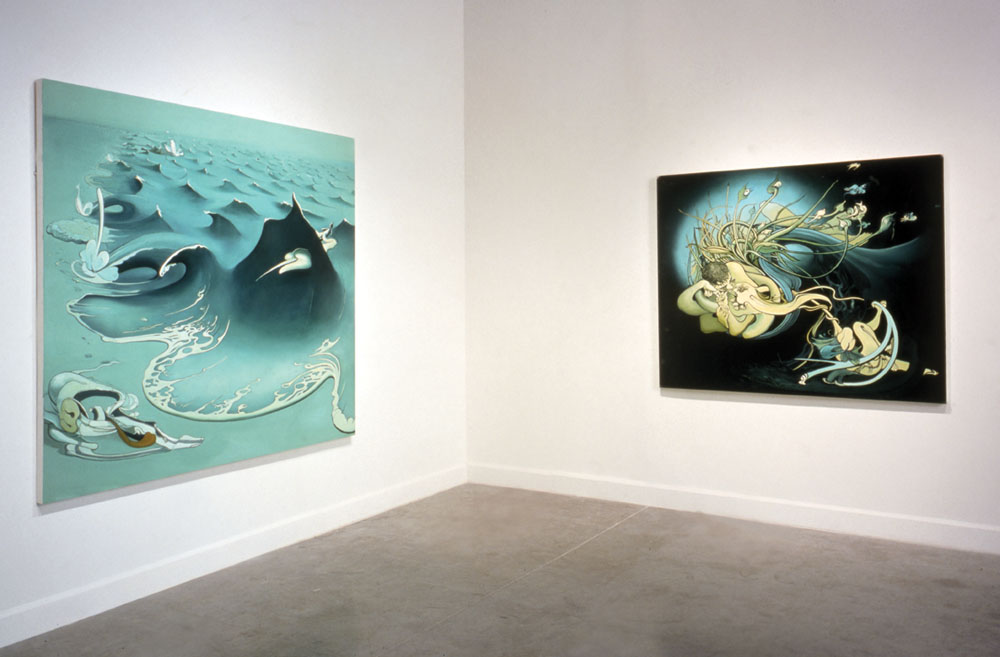 Inka Essenhigh received recognition at the onset of her career in the mid-1990s, when photo-based art dominated the art world, and Essenhigh was painting graphic paintings using enamel paint. Her images were an amazing cast of hybrid creatures that appear flat and cartoon-like against the shiny, neutral background. Essenhigh made news because she and a few other New York artists were heralded as part of a new revitalization of painting.

In early 2001, Essenhigh switched from enamel to oil paint with dramatic results. Essenhigh remarks, “You change your medium and you just get out more ideas, your brush goes in a different direction.” With her move to oil paints, her work moved from the two-dimensional patterns of the enamel paintings to figures realized as fully three-dimensional beings that exist in deep space. These figures look more life-like with real personalities than the more artificial looking characters of the enamel paintings.

The more clearly defined the figures become, the more suggestive they are of narrative. Her images suggest themes rather than specific stories. Suburban America is one of the unifying themes of her work.