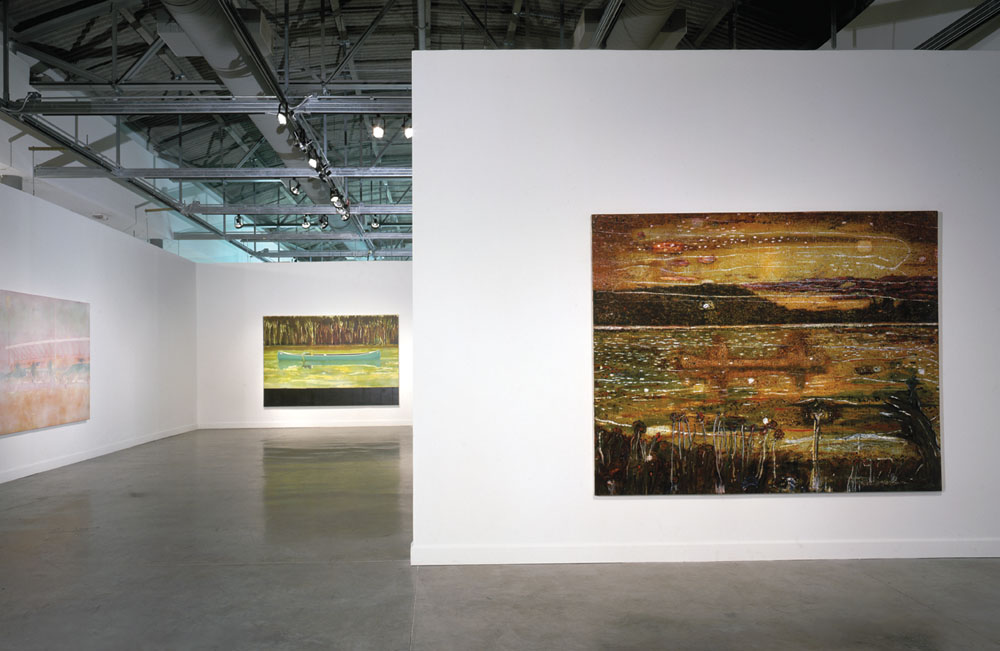 Focusing on the theme of reflection, MATRIX 183/Echo-Lake features a selection of recent paintings and drawings by Peter Doig.  Basing his subject matter on photographs, Doig’s work often alludes to his adolescent years spent in Canada, in images ranging from skiers to horror movies.  His composition and color bring to mind the paintings of Pierre Bonnard, Barnett Newman, Alex Katz, and Gerhard Richter.  By encouraging the viewer to look longer and harder at the known and the mundane, Doig succeeds in imbuing the ordinary with the inspired spectacular.  Doig’s paintings are a record of physical and psychological travels. He presents his audience with personal memoirs intensified by his own observations.  Each painting is based on a photograph, whether a postcard, an image from a popular film, a newspaper clipping, or a personal snapshot.